Generally, Cocker Spaniels are popular spaniel breeds loved for their lively and genial character. They were originally bred for hunting. The name itself derives from their use in hunting Eurasian woodcocks. These days Cockers can be easy companions for a brisk walk. 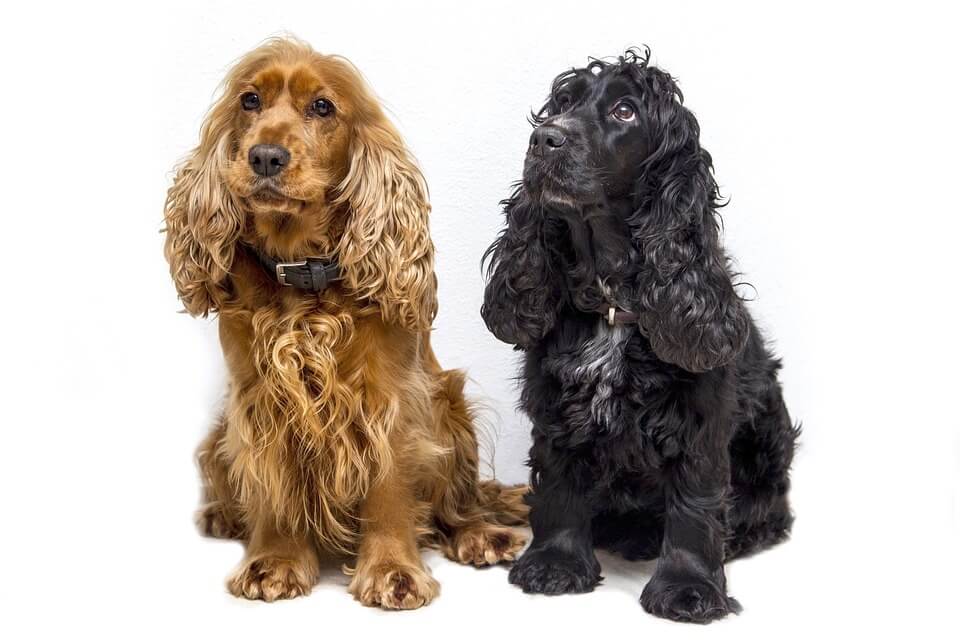 Cockers are generally good-natured and lovable, especially if given the right treatment. That is to say; they are averse to harsh treatment and environment. When they are in pain or discomfort, Cockers tend to be aggressive and ill-tempered. They have a soft interior despite the grumpy attitude they exhibit occasionally. However, early grooming and training are necessary for their socialization.

A Cocker Spaniel loves to play around the yard and is a good companion and friend to the family. Amongst its favorite sports are chasing and hunting if it isn’t taking a stroll or a brisk walk down the road. Cockers are a joy to watch, playful and caring. They easily get depressed when isolated or bored, which often results in noisy barking and unruly attitudes. They are highly intelligent and very sensitive.

Cocker Spaniels can be uncooperative with grooming, sometimes. They often display aggressive attitudes towards veterinarians and groomers, which has been linked to a lack of training from an early age. Experts recommend grooming the dog from a young age to get used to brushing, scissoring, and other grooming details.

Grooming a Cocker Spaniel is usually expensive and demanding. As such, many dog owners prefer to hire professional help to save time and energy. The coat requires regular trimming, brushing, and cleaning out, at least about once in two months. The coat is easily tangled to form mats, especially if it isn’t groomed for some time.

The Cocker Spaniel is prone to ear troubles due to droopy ears. The ears are often damp due to inadequate ventilation, requiring regular checks for dirt, excessive wax build-up, and moisture. It’s also important to keep the dog away from moisture or water. You would want to keep an eye on them when they drink water to avoid wetting their ears.

Cocker Spaniels have a thing for roaming the yard and love to live in a house. However, they can bear to live in an apartment so long as they have a family that engages them in fun activities. Cockers hate to feel bored, and in such cases, they might get sulky and begin to bark noisily.

Cocker Spaniels often come with a big appetite. Attention should be paid to their feeding as they can easily get overweight.

Cocker Spaniels aren’t any different than other dog breeds in leading healthy lives. An average Cocker lives up to 10-14 years and, most commonly, dies due to cancer and old age. Modern strains of both breeds suffer more health issues than older ones. The commonest disease conditions associated with Cocker Spaniels are problems related to the ear and eye. It isn’t rare to find a Cocker with red eyes often due to irritation of the organ. They are highly sensitive dogs.

The two breeds of Cocker Spaniels are prone to Progressive Retinal Atrophy (PRA), a chronic disease affecting vision and often leading to blindness. Canine glaucoma is another eye infection that affects Cockers. In this case, the eyeballs’ pressure increases to a point where it might impair eyesight and, perhaps, cause loss of vision. 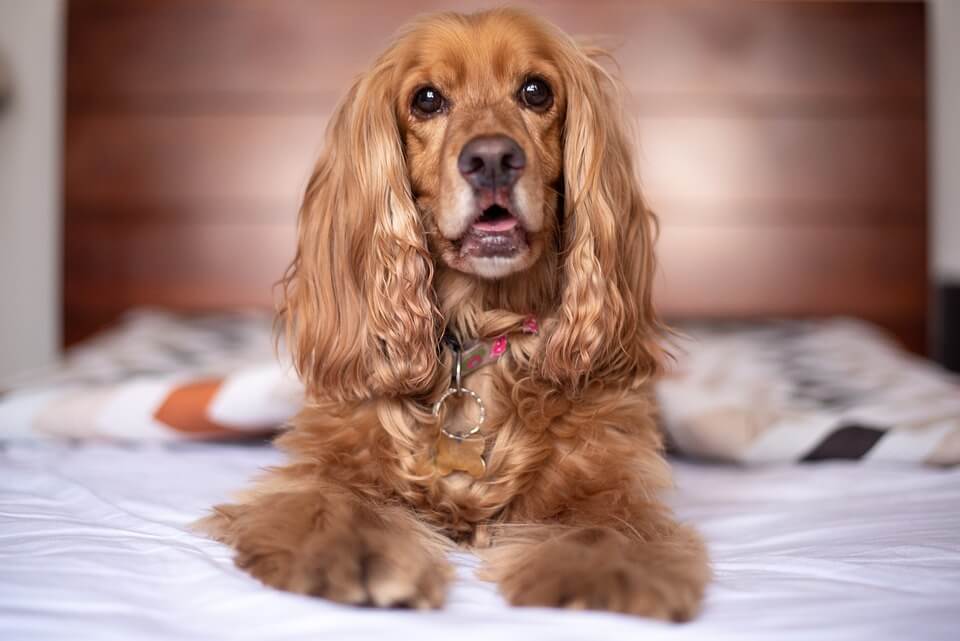 Certain features expose a dog breed to higher risks of certain diseases than others. A good example is the warm, moist condition of the ear canals in dogs with floppy ears. The Cocker Spaniels are popular for their floppy ears, which appear to cover the ears’ entrance. While this may serve as a protective mechanism to shield the ear’s inner parts from mechanical damage, it presents the problem of breeding pathogens and microorganisms.

Since there’s little or no air passing into and out of the ears, the interior is often warm and moist. This creates a fertile environment for the growth of pathogens. Little wonder Cocker Spaniels run a high risk of ear problems, such as otitis externa due to the ear canal’s inflammation.

The origin of the Cocker Spaniel isn’t clear; it probably dates back to the 14th century. All spaniel dogs are believed to have originated from Spain, thus the name. In the past, spaniels were classified into two broad categories, namely water, and land spaniels. As time went on and breed standards were written and dog shows became popular, Cocker Spaniels were recognized as a separate breed. The name was adopted from their use in hunting woodcocks.

Cockers were bird hunters of old Europe. They were known as the smallest hunting dogs used in flushing birds before the invention of guns. The modern breeds make lively companions in a family.